Setting the tone for the New Year, Dr. Bibek Debroy vivifies our sense of inquiry, and   leaves us with more questions than answers to ponder. The answers are within us, rather than without, he suggests. He reminds us that Hinduism has a library rather than 'a book', and further, that theories and texts merely provide a conceptual framework. How then do we pursue puruṣārthas (dharma, artha, kāma, mokṣa)? How do we find answers? What is your view? Leave a comment or interact with Bibek on Twitter via his handle @bibekdebroy


यामिमां पुष्पितां वाचं प्रवदन्त्यविपश्चितः। वेदवादरताः पार्थ नान्यद्स्तीति वादिनः॥  That’s BG 2.42.  Loosely translated, those who aren’t learned, speak flowery words and say that there is nothing else other than the words of the Vedas.  The word Shabda-Brahma has many meanings and nuances.  In some contexts, it means the Brahma that can be attained through sound, hymns, mantras and rites. (Please don’t hasten to correct me about other meanings of Shabda-Brahma, since I have hedged adequately.)  This is in contrast to the Para-Brahma of Vedanta.  For example, 6.44 of BG states, जिञ्जासुरपि योगस्य शब्दब्रह्मातिवर्तते.  Again translated loosely, those who inquire about yoga, transcend Shabda-Brahma.  Whether attainment of Shabda-Brahma is a necessary and sufficient condition to attain Para-Brahma, has been the subject of philosophical speculation.  Clearly, according to some beliefs, it is neither necessary, nor sufficient.  But let’s leave that debate aside. 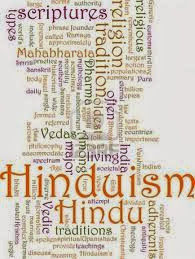 Our sacred texts are divided into shruti and smriti.  In a loose sense again, shruti is revelation.  Shruti texts weren’t composed by anyone in particular.  They were revealed to rishis.  Stated differently, rishis put down their experiences in shruti texts.  In contrast, smriti texts have specific composers.  Notice that BG is a smriti text. It isn’t shruti. Whenever I say, or write, anything about dharma, artha, kāma, or mokṣa (DAKM), there is a predictable reaction.  But such and such a text says such and such.  That contradicts whatever you have said or written.  The reason I am proud to be a Hindu is that there is no definitive sacred text.  Even the BG isn’t quite the single sacred text, though it captures much of the essence of Hinduism. That’s the reason, if you cite chapter and verse from some sacred text, I will be able to cite chapter and verse from some other sacred text that seems to suggest the opposite.

In the last resort, what are religion and DAKM about?  They are about what you experience and your experiences might be different from mine.  The problem with religion interpreted in terms of a single sacred text is that it tends to become dogmatic.  This has been stated in a sacred text and therefore, I have to accept it as a matter of faith.  I don’t think that’s what Hinduism is about.  In that narrow sense, it isn’t about faith.  It’s about experiencing.  In that sense, it is empirical.  It is something that can be tested.  When the rishis set down the shruti texts, they were effectively documenting their experiences and nothing more.  Lest you think that I am saying something heretical or novel, that’s exactly what Swami Vivekananda said in his monograph on “Raja Yoga”.
The theory and the sacred texts provide a conceptual framework and no more.  At best, since others have experienced something and they aren’t all charlatans, I should try it out.  In tantra and yoga, I can give the taxonomy of the chakras (from muladhara up to sahasrara) and kundalini and ida/pingala.  But DAKM isn’t about what Patanjali, Panini, Vyasa or Kapila have said.  Nor is it about Swami Vivekananda, Swami Yogananda or Swami Sivananda. These are nothing but exhortations to us to try it out.  Science is based on empirical evidence.

So is DAKM, except that the empirical evidence doesn’t pertain to the external world.  It pertains to what is inside us and that cannot be captured through the senses.  The taxonomy merely says that all of us have latent powers.  We don’t use our potential powers fully.  There is thus potential divinity in all of us, if that is the expression to be used.  In this era of science, there is legitimate reason to treat what religious teachers have said with skepticism.  But since I don’t believe the empirical evidence of religious teachers, the right response should be to try it out.  That’s the only way the hypothesis can be falsified.  I hope you now understand why I said I am not interested in citations from chapters and verses of sacred texts.

योग: चित्त-वृत्ति निरोध: The trouble with Patanjali is that these are sutras.  They are cryptic and need explanations.  This is 1.2 from Patanjali.  I will not give a translation, because you will then quibble about whether I have translated chitta, vritti and nirodha properly.  Different people have translated it in different ways.  This is Swami Vivekananda.  “Yoga is restraining the mind-stuff (citta) from taking various forms (vrittis).”  Without a commentary, I don’t think this is a particularly illuminating or good translation.  But that’s neither here, nor there.  Yoga is about self-control and restraint and realizing one’s own inner self.  Given 1.2, in the 8-fold yoga category, it is about yama and niyama.  Going back to empirical testing, try it out.  Will you find “divinity”?  Will you get special powers?  Will it change you?  I don’t know.  I think the answer depends on you and on how far you are up the ladder, certainly in response to the first two questions. 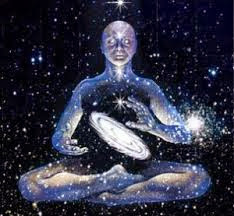 For the third question, I can give a categorical answer.  It will change you.  As I have said in passing in an earlier blog, you changing isn’t only about what you will get.  It is also about what you will lose. योगस्थ: कुरु कर्माणि सङ्गं त्यक्त्वा धनंजय । सिद्ध्यसिद्ध्यो: समो भूत्वा समत्वं योग उच्यते ।।  That’s 2.48 of BG.  Loosely translated again, perform your tasks without any attachment, by resorting to yoga.  Be indifferent to success and failure.  This equality/indifference is said to be yoga.  If you spend some time on meditation every day, you will automatically lose the attachment and gain the detachment.  I don’t care, nor know, about special powers (siddhi), except through reading what people have said.  But what I have described is a significant enough gain and it isn’t पुष्पितां वाचं.
Posted by Rohini Bakshi at 9:52 am

Very well put and interestingly it creates a "circle of logic". On one hand hindu texts are not "dogmatic" in nature as there is no THE way of doing a thing. However, mere "talk and discuss" may also fail to resolve contradictions because these are experiences of "different" rishis at possibly "different" times and situations and goals. Nevertheless, by following any of such texts will take us to the "right" path, hence in a way being dogmatic as it asks "to follow".