India's Open Defecation Crisis: Why Not Bring Manusmriti Into This?

Social and mainstream media have recently picked up on a s***-stirring study by Michael Geruso and Dean Spears. These scholars link significantly lower child mortality rates amongst Indian Muslims to sanitation, specifically latrine habits. You can read the abstract of the study here: http://www.isid.ac.in/~pu/seminar/dean.pdf  And they propose that the difference in defecation habits between Hindus and Muslims stem from scriptural guidance; in the case of Hindu – the law code of Manu. Vivek Dehejia (@vdehejia) and Rupa Subramanya (@rupasubramanya) have shared their views on the study (http://rupasubramanya.blogspot.in/2014/07/is-it-religion-which-makes-hindus.html)
While R Jagganathan (@TheJaggi) asks ‘Why bring Manusmriti into this?' (http://www.firstpost.com/living/indias-open-defecation-crisis-why-bring-manusmriti-into-this-1634347.html)

Neither the abstract, nor the media commentators have offered any substantial detail about what Manu actually says on the issue. In keeping with the spirit of this blog, a review of verses in Manu’s law code on defecation is in order.  I find two verses that could be construed as encouraging the followers of Manu’s dharma to defecate far away from their place of dwelling as the Geruso & Spears study suggests. But the bulk of the verses are seized not just of personal cleanliness, but also the cleanliness of the area where the defecation takes place. It’s important to remember that the dharmasūtra were written in a rural milieu where WCs were not exactly the norm. And Manu’s dharmaśāstra, (although taking cognizance of developments like cities and courts) retains the earlier (almost obsessive) mind set on cleanliness and purity - not just personal but of one’s surroundings. 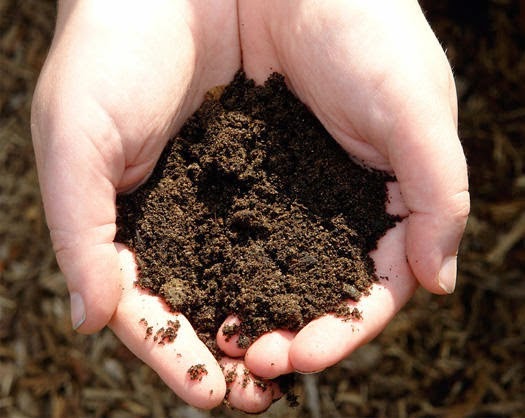 I agree that most Hindus don’t walk around with a pocket–Manu which they whip out for reference (Subramanya & Dehejia) and in cases like this one, perhaps more's the pity. I disagree with R Jagganathan (Why bring Manu into this?) Why not bring Manu into this? Perhaps it's not an exaggeration to say that 99% of Hindus are unfamiliar with what Manu says, except the bad press the text receives. We are not obliged to follow anything in the text that our conscience doesn't allow us. So why not read it? Why throw the baby out with the bath water? Why not reconnect with Manu? To the case in point, a review of verses relevant to this topic might add something to the debate. I find Manu's recommendations on par of any sanitation advice given by a UN body, ADB or WHO today!!

I’d like to thank Rama Lakshmi (@RamaNewDelhi) for bringing this debate to my notice. And I’ll be requesting Rana Safvi (@iamrana) to share with us scriptural tracts which regulates defecation habits of Indian Muslims, if they exist and if she is so inclined. Sounds bizarre? Well, rather than taking offence at the scholars or their subject, I think it makes more sense to address their study with Manu himself.*

11.203
If someone in distress discharges his bodily waste either without water or in water, he is purified by bathing with his clothes on outside the village and then touching a cow. (Olivelle)
He who has relieved the necessities of nature, being greatly pressed, either without (using) water or in water, becomes pure by bathing outside (the village) in his clothes and by touching a cow. (Bühler)

Now the rest, italics mine for emphasis:

45. Let him not eat, dressed with one garment only; let him not bathe naked; let him not void urine on a road, on ashes, or in a cow-pen,
46. Nor on ploughed land, in water, on an altar of bricks, on a mountain, on the ruins of a temple, nor ever on an ant-hill,
47. Nor in holes inhabited by living creatures, nor while he walks or stands, nor on reaching the bank of a river, nor on the top of a mountain.
48. Let him never void faeces or urine, facing the wind, or a fire, or looking towards a Brahmana, the sun, water, or cows.
49. He may ease himself, having covered (the ground) with sticks, clods, leaves, grass, and the like, restraining his speech, (keeping himself) pure, wrapping up his body, and covering his head.
50. Let him void faeces and urine, in the daytime turning to the north, at night turning towards the south, during the two twilights in the same (position) as by day.
51. In the shade or in darkness a Brahmana may, both by day and at night, do it, assuming any position he pleases; likewise when his life is in danger.
52. The intellect of (a man) who voids urine against a fire, the sun, the moon, in water, against a Brahmana, a cow, or the wind, perishes.
77. Let him never enter a place, difficult of access, which is impervious to his eye; let him not look at urine or ordure, nor cross a river (swimming) with his arms.
(Morning duties)
92. Let him wake in the muhurta sacred to Brahman, and think of (the acquisition of) spiritual merit and wealth, of the bodily fatigue arising therefrom, and of the true meaning of the Veda.
93. When he has risen, has relieved the necessities of nature and carefully purified himself, let him stand during the morning twilight, muttering for a long time (the Gayatri), and at the proper time (he must similarly perform) the evening (devotion).
151. Far from his dwelling let him remove urine (and ordure), far (let him remove) the water used for washing his feet, and far the remnants of food and the water from his bath.
152. Early in the morning only let him void faeces, decorate (his body), bathe, clean his teeth, apply collyrium to his eyes, and worship the gods.

132. All those cavities (of the body) which lie above the navel are pure, (but) those which are below the navel are impure, as well as excretions that fall from the body.
134. In order to cleanse (the organs) by which urine and faeces are ejected, earth and water must be used, as they may be required, likewise in removing the (remaining ones among) twelve impurities of the body.
135. Oily exudations, semen, blood, (the fatty substance of the) brain, urine, faeces, the mucus of the nose, ear-wax, phlegm, tears, the rheum of the eyes, and sweat are the twelve impurities of human (bodies).
136.
A man intent on purifying himself should apply one lump of earth on the penis, three on the anus, ten on one hand, and seven on both (Olivelle)
He who desires to be pure, must clean the organ by one (application of) earth, the anus by (applying earth) three (times), the (left) hand alone by (applying it) ten (times), and both (hands) by (applying it) seven (times). (Bühler)
137. Such is the purification ordained for householders; (it shall be) double for students, treble for hermits, but quadruple for ascetics.
138. When he has voided urine or faeces, let him, after sipping water, sprinkle the cavities, likewise when he is going to recite the Veda, and always before he takes food.
________________________________________________________________________
* The translation of Manu in this blog post is that of George Bühler since it is easily available on the internet for reference:
http://www.aryabharati.org/slawofmanu/slawofmanu.asp

Where I find Patrick Olivelle’s translation clearer, I’ve provided that too.

These verses say nowhere that keep your surroundings clean. It asks to clean with mud. Might have been okay in another yuga, certainly not today. Hindus have done the right thing in stopping referring to Manu.

Dear Anonymous, Thank you for your comment. You raise an important point. These verses are part of a larger corpus that do focus on keeping the surroundings clean, and I'll be sure to write a post on that shortly. Meanwhile two observations - verses 4.45-48 in specifying where one cannot void one's bowels itself is an indication of keeping surroundings clean, and not hurting creatures/ being in the ground. Secondly on the use of 'mud', in modern India, we would be unrealistic if we didn't realise how much of our country is still deprived of modern sanitation. I traveled last year to a village in Himachal Pradesh, one of the more developed states of India. As soon as you get off the road & hotel circuit, you'll find villages where houses do not have toiltes, and you have to go into the field/forest to relieve yourself. No running water either. Nor do I have to remind you of recent incidents in other parts of India which highlight the fact that girls (among others) have to use the fields (at considerable risk). The WHO, ADB and UN bodies, as well as Indian government public service ads on tv show clearly that one should use mud and or ash to clean the hands after defecating if there is no soap and water, to prevent the spread of disease. So let's realise how real and immediate the problem is even today.
Finally on Manu, I have made my view very clear in the blog. We are NOT obliged to follow anything the text says that our conscience doesn't allow. We have a constitution to keep up with the moral and legal Zeitgeist. But I'm in favour of finding good wherever I can in the scriptures also, and I find as much good as I find things objectionable in Manu. Don't throw the baby out with the bath water.

Europeans should be awarded for being "The MOST DISGUSTINGLY UNHYGEINIC" people on the planet until 19th century.
Please visit link
http://listverse.com/2012/10/22/10-revolting-facts-about-the-18th-century/

O yes, Manu says do not defecate where there is a Brahmin. Don't hurt the Brahmin. And all is allowed for the Brahmin of course. Ashes and mud are advised only for hands, not for orifices lest you clog your shit. If you have followed the UP rape story closely, then you could not have missed that govt hand-outs are provided at many places for construction if toilets in homes but people still don't use them. Men especially so. The instructions of Manu and the rest have got ingrained in the Indian sub-conscious. They are following it without even knowing. Impact of millenia, not a few centuries.

I am from village and still defecate in open, I never heard in my life time any one dying because of sanitation habit. So whether it is century old or whether it came from Manu - it is good on the part that we still use mud to clean and never ashamed. Soap and all is few decades old. Villages have good knowledge to keep its surrounding clean and self sustaining system. Thanks to Manu or whoever given these knowledge of purification and develop a self sustaining village model. We were more happy and stronger before this colonial impact.

You will never hear that anyone died of sanitation because you have not asked the doctors if that is the reason of the sickness in your village. You have never heard of it because you have not taken a look at studies that experts have produced painstakingly over years of observation. There is nothing colonial about keeping yourself germ free and healthy. If you think that mud is germ free, then God be with you. And think of the millions of women who are forced to defecate in the open because of folks like you who refuse to discard old habits and take up better ones.

Using soil is part of naturopathy and Ayurveda. Different cultures have its uses from medicine to cosmetics.
Problem is now we use chemicals in soap, detergent, shampoo and cosmetics. These things have contaminated the ground water which is crossing dangerous levels and seriously harming people, animals and plants.
Large population dynamics like large scale open defection with uneducated practices(essentially using soil to cleanse, the right way, is not at all bad) and bad hygiene sense about environment is giving rise to pollution, diseases.
Anyways, I thank the author to put the debate through original sources. Observation plus analytical way is more scientific way to get data to experiment than being critical.