You'd imagine that as the blog host who has seen many a DAKM-s, I would not be taken by surprise by the series - but that just goes to show how little I know, really! In this post, Dr. Debroy examines the varna system from an angle I hadn't thought possible. The quest for knowledge continues, in ways we didn't even think about! Read, learn, enjoy and share your views with us. Follow Bibek on Twitter (@bibekdebroy) and/or leave a comment on the blog.

One must follow the principles of dharma in earning artha.  As we have said, dharma has multiple meanings.  Often, dharma is understood as वर्णाश्रम dharma, that of the four varnas and the four ashramas.  The four varnas mean ब्राह्मण, क्षत्रिय, वैश्य and शूद्र.  For instance, the first half of 4.13 in the Bhagavad Gita states, चातुर्वर्ण्यं मया सृष्टं गुणकर्मविभागशः “In accordance with the qualities and the deeds, the divisions of the four varnas have been created by me.”  Later, in 18.41 and subsequent shlokas, it goes on to state that the duties of brahmanas, kshastriyas, vaishyas and shudras have been divided in accordance with their nature, their strengths and their qualities.  The tasks of brahmanas are naturally driven by qualities of serenity, self-control, austerities, purity, tolerance, uprightness, knowledge and faith.  The tasks of kshatriyas are naturally driven by qualities of valour, energy, fortitude, dexterity, not running away in battle, donations and lordship.  The natural duties of vaishyas are agriculture, animal husbandry and trade.  The natural duty of a shudra is servitude.  In any society, there is a functional division in terms of who does what.  That’s specialization and division of labour.  In terms of who does what, this part of the Bhagavad Gita doesn’t clearly tell us what brahmanas and kshatriyas are supposed to do.  It is specific only for vaishyas and shudras.  But there is no dearth of texts that tell us what brahmanas and kshatriyas are supposed to do, more specifically and there is no inconsistency across them.  Manu Samhita, one of the Dharmashastra texts, is an example.[1]  In 1.88-91 we are told, brahmanas are supposed to teach, study, perform sacrifices, officiate at the sacrifices of others, give alms and receive alms.  Kshatriyas are supposed to protect people, perform sacrifices, study and donate.  Vaishyas will engage in agriculture, animal husbandry and trade, lend money, study, perform sacrifices and donate alms.  Shudras will serve the other three varnas. 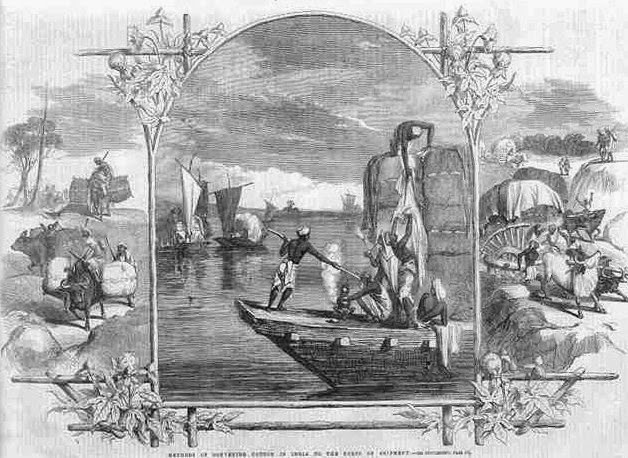 Not only is the varna issue controversial, there are too many generalizations around it. Consider the issue of interest rates.  This is a quote from 8.140-142 of the Manu Samhita, as translated by G. Buhler.[2] “A money-lender may stipulate as an increase of his capital, for the interest, allowed by Vasishtha, and take monthly the eightieth part of a hundred. Or, remembering the duty of good men, he may take two in the hundred (by the month), for he who takes two in the hundred becomes not a sinner for gain. Just two in the hundred, three, four, and five (and not more), he may take as monthly interest according to the order of the castes (varna).” This seems to suggest an annual interest rate of 15%. However, it can also be 24% for brahmanas, 36% for kshatriyas, 48% for vaishyas and 60% for shudras.  The interest rate is ostensibly graded according to the varna.  Contrast this with a quote from the Artha Shastra.[3]  “An interest of apana and a quarter per month per cent is just.  Five panas per month per cent is commercial interest (vyavahariki).  Ten panas per month per cent prevails among forests.  Twenty panas per month per cent prevails among sea-traders (samudranam).”[4]  In the Sanskrit, the word dharma is used and an interest rate of 15% per year is in accordance with dharma.  As with several words in Sanskrit,व्यवहारिक can have multiple meanings.  In this context, it does mean commercial.  Hence, compared to the normal interest rate of 15%, the commercial rate of interest is 60%.  The word कान्तारग is more difficult to translate.  It does mean one who has gone to a forest, but has the nuance of someone who journeys through a forest or a wilderness.  In such cases, the interest rate is 120%.  Finally, that 240% is for those who undertake sea-voyages.  In Kautilya, there is no reference whatsoever to interest rates being linked to varna.  A journey through a forest was riskier than an ordinary commercial venture.  A sea-voyage had greater uncertainty than a journey through a forest.  The Kautilya scale was hence a risk premium added to the usual commercial rate of interest and nothing more.  Who were the people who were likely to engage in trade and undertake voyages through forests and seas?  Clearly those who engaged in trade, that is, vaishyas. Ipso facto, the interest rate, with the risk premium added, was likely to be higher for vaishyas than for brahmanas or kshatriyas.  We are not quite discussing the interest rate now.  This was more in the nature of an illustration.  There is a difference between interest rates being linked to a functional occupation and being linked to varna per se.  In generalizing about varna, this is worth bearing in mind.
Don’t start to criticize me about varna.  I have not completed everything I want to say about varna.  The varna discussion will continue.  Based on earlier feedback, I have decided to keep each blog short.

[1] It is difficult to date this precisely.  Anything between 1250 BCE and 200 BCE is possible, with something like 500 BCE as a reasonably final form.
[2] http://hinduism.about.com/library/weekly/extra/bl-lawsofmanu8.htm
[3] As with several other texts, there are problems in dating Kautilya’s Artha Shastra. There is a discussion in Thomas R. Trautmann, Arthashastra, The Science of Wealth, Allen Lane, 2012.  150 CE is a reasonable date.
[4] This is the translation by R. Shamasastry, Government Press, Bangalore, 1915, The Arthashastra of Kautilya.  This section is from 3.11.01.
Posted by Rohini Bakshi at 4:43 am