David Stollar, former head of the Sanskrit Faculty at St. James comments on the dharma tradition 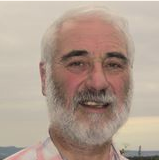 Please meet David Stollar, who is a founding member (if not the founder!) of the Sanskrit Facutly at St. James School in London. David is also my first Sanskrit tutor, because of whom I was able not only to teach my own son, but also take the IGCSE Sanskrit exam along with him, years ago. David is steeped in the Sanskrit tradition and continues to teach online after retiring from his calling as head of the Sanskrit faculty at St. James. If you want to get in touch with him, just leave a comment on this blogpost. He responds here to my  dharma tradition article, which you can read : http://www.dailyo.in/lifestyle/hinduism-manu-dharma-literature-sanskrit-ramayana-brahmin-vedic-india/story/1/5802.html

I much enjoyed your article on the Dharmasastras. This seemed to me to be an eminently reasonable approach to the subject, and one which is sorely needed, else there is the danger of the whole wise tradition being rejected as unreasonable, insupportable and inhumane.

The approach you delineate rules out the scourges of fundamentalism on the one hand and unlicenced freethinking on the other. I particularly appreciated the fact that the clues to the subject and how it should be approached are contained in the very scriptures themselves.

I spent many years chairing a group translating the Manusmrti into English and it was intriguing how often the text, as you intimate, suggested more than one solution to a problem, and often these seemed, at first glance at least, to be wildly contradictory.

There is I believe a tradition that the text we call Manu’s originated from an effort, at a time when the ancient traditions were being forgotten, to collect the ancient verses still extant and to collate these in a more or less logical form. Thus in some cases contradictory verses are included together and also, as you point out, general rules indicated by the tradition for dealing with practical problems of interpretation.

Perhaps the most important point which underlies your exposition is that for modern India this is far from a merely historical or academic field of investigation. India is one of the few places surviving on our planet where there is still great respect for the thought of the ancients together with an innate recognition of a reality beyond the merely physical realm. Hence there is a real possibility of adapting the ancient but timeless traditions to the needs and valid aspirations of the world as we find it.

As for my initial warning of the twin but opposite dangers of fundamentalism and mere licence, the former is demonstrated by most forms of modern Islam; while the latter we see in the current ‘liberalisation’ of the once great Western religions. In this case the baby, as they say, is tending to be thrown out with bathwater. This makes me very sad.

As far as I can see, for both these extremes, the problem arises from a lack of real connection with the living Source. Only such a connection has the potential to generate genuine new forms and expressions. It seems to me, however, that this can only be made practical through the medium of a genuine tradition able to be drawn upon and illuminated anew.

The challenge therefore is to identify the modern ‘wise’ men (or women, manīṣibhiḥ as you quote) who can speak from (as far as possible) something approaching an unpolluted consciousness of reality. This is a tall order I know, but history shows that good people working together in a valid tradition to purify their being and strengthen their understanding have been known in the past to achieve something near to this.

Just a few thoughts and thank you again for your article.

Posted by Rohini Bakshi at 6:24 am

Hi there, I'd like to get in touch with David Stoller in regards to the abuse suffered by my partner whilst he was teaching at St James School. I'd appreciate a way to directly contact him.

I should probably clarify, I am aware of David Stoller's violence (and not sexual abuse, that was famously accepted at St James School). A message to David Stroller - strangling children who have been put your care is never acceptable.