A few years ago, I addressed a group of young people – students.  I said, “When you are 20, you want to take on the world.  When you are 40, you find that the world has taken you on.  When you are 60, you realize that it doesn’t matter one way or the other.  And when you are 80, if you survive that long, you realize that you and the world are both illusions.”  It was a clever thing to say.  I don’t know if it struck a chord, but it got me some applause.
There is a profound truth in that, though not quite in the way I said it.  I think most of our miseries are because we want to change the world and because we want to change other people.  We are actually insignificant and irrelevant.  The world is impervious to whatever change we might want to bring.  It has existed before we were born and it will exist after we are dead.  We matter nothing to the world.  As for other people, it’s not that they don’t change.  But they change because of their own internal reasons and compulsions, not because we want them to change.  Realizing my insignificance, at least in the sense I understand myself, is one of the first steps towards finding peace.  अहंकार​ is ego, egotism, a sense of one’s importance.  It’s a false sense of importance.  As I said, I can’t change other people either.  The only person I can change is myself. 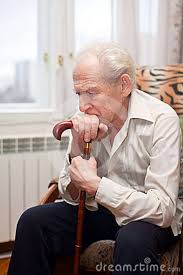 I have mentioned Adi Shankaracharya earlier. He wrote a stotram called चर्पटपञ्जरिकास्तोत्रम्, often known as the bhaja govindam stotram.  चर्पट means tattered pieces of cloth and पञ्जरिका is a cage.  This stotram is thus about the tattered pieces of cloth this cage of a body is covered in.  There are many shlokas in this stotram that are worth quoting, but I will only focus on 1 and a ½.  Here is the ½ bit first. कस्त्वं कोऽहं कुत आयातः का मे जननी को मे तातः  “Who are you? Who am I?  Where have I come from?  Who is my mother?  Who is my father?”  Here is the full shloka now. यावद्वित्तोपार्जनशक्तस्तावन्न्निजपरिवारो रक्तः। पश्चाद्धावति जर्जरदेहे वार्तां पृच्छति कोऽपि न गेहे॥  For our purposes, a word for word translation isn’t necessary.  The broad translation is as follows.  “As long as one is capable of earning riches, till then, one’s family is devoted.  Thereafter, when one is advancing (towards death) with a decayed body, no one at home asks about one’s welfare.”
We have two categories of other people – friends (or acquaintances) and relatives.  There is the clichéd statement that you can choose your friends, but you can’t choose your relatives.  You are stuck with your relatives.  In Shanti Parva of the Mahabharata, there is an image of logs floating around on the ocean, coming together for a while, and then drifting apart.  In the Shanti Parva, the immediate context is of family and relatives, who come together in one life and drift apart in a subsequent one.  Let’s ignore subsequent lives for the moment.  In the same life, you come close to someone as a friend.  You remain close for some time and then you drift apart.  It’s not necessarily the case that you have had a fight or quarrel.  You just drift apart.  It’s not that you have lost the quality of becoming friends with someone.  Instead, friendship with someone terminates, last for a certain period, and then you become friends with someone else instead.  Something, destiny for want of a better word, brought you together and made you drift apart. 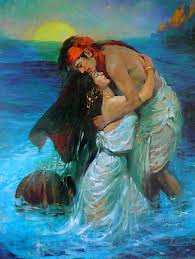 Why are you suddenly attracted to someone, the male-female relationship being the most obvious one?  Love, infatuation, good vibes are just words.  What do they mean?  Destiny is just as good a word and we will probe this later.  Relatives are not quite the same, since there is no choice involved there, at least seemingly.  We have clichéd expressions like blood being thicker than water and a big deal is made of family ties.  But think about it.  As in the Adi Shankaracharya stotram, filial relationships are about quid pro quo.  We shouldn’t unnecessarily be sentimental about them, as in films.  Family members fight, quarrel, kill each other and drift apart.  It’s just that the drifting and severance can never be as neat as friends or acquaintances.
Like dharma, there is another use that is heavily over-used and that is कर्म​.  On the face of it, the word means nothing more than work or action.  But in the context of Hinduism, it has a deeper meaning.  Yes, there are problems in absolutely defining “good” and “bad”.  But nevertheless, in a given context, there are good deeds and bad deeds.  It’s like my bank balance.  Good deeds are credit accounts.  Bad deeds are debit accounts.  I repeat, I am not yet using the word कर्म​ in the sense of a next life, parodied for instance, in characterizations of bad people being born as cockroaches or insects or whatever.  My experience is that there is something like a law of conservation of कर्म​.  If you do good deeds, good deeds will be done to you.
Don’t get me wrong.  If you do a good deed to someone, there is no necessary quid pro quo with that person. The quid pro quo will instead come from someone else, unexpectedly.  You bestow affection. Affection will come to you from somewhere else.  You are generous. Generosity will flow back to you.  Sounds a bit like Dale Carnegie. You don’t have to wait to become a cockroach or whatever in your next life. The balance sheet of life pays you back in this life itself.  Not entirely, but very substantially.  What brings us close to friends/acquaintances seems to be a bit like a debt to be paid to someone, or a debt to be paid back by someone.  That takes us to karma in the next life.  We will save that for later.
Posted by Rohini Bakshi at 11:15 pm

Just got my son in Sydney to read this. Looking forward to a robust discussion over dinner tonight!

Guys! Leave a name at least!!!