Let me begin with two shlokas from the Bhagavad Gita again.  2.28 states, अव्यक्तादीनि भूतानि व्यक्तमध्यानि भारत​। अव्यक्तनिधनान्येव तत्र का परिदेवना॥ “O descendant of the Bharata lineage!  A being is not manifest at the beginning and is manifest in the middle.  After death, the being is not manifest again.  What is there to sorrow about?” That’s the आत्मन्, which is not destroyed.  For the sake of completeness, let me mention the concept of लिङगशरीरम्, the subtle body.  Depending on the school of belief, this subtle body is a vehicle of consciousness, from one life to another, and is attached to the atman.  But for the moment, let us not complicate matters unnecessarily.  Here is the second shloka from Bhagavad Gita, 4.5. बहूनि मे व्यतीतानि जन्मानि तव चार्जुन। तान्य्हं वेद सर्वाणि न त्वं वेत्थ परंतप​॥  “O Arjuna!  Both you and I have passed through several lives.  O scorcher of enemies!  I know all of them, but you do not.”  That’s precisely the problem.  We don’t know.  We don’t remember.  Hence, we don’t realize why we have been born.
There is a friend of mine who is a senior bureaucrat.  He lives in one of the Delhi localities that is a “bureaucrat colony”, meaning that there are houses for senior civil servants there.  Recently, he related to me a trivial incident that shook him up and changed his life.  Right outside his quarters, there is a taxi stand.  He was returning home after a day of meetings.  It was just before lunch and he was hungry.  It was one of those hot Delhi days.  As he was about to walk in, he was stopped by one of those taxi drivers, tall, hefty and burly.  The taxi driver said, “Get me some water to drink.”  He wasn’t polite and my bureaucrat friend was annoyed.  “Am I your servant?” he retorted.  The taxi driver smiled and replied, “Someone who gives water to drink is God, not a servant.”  This shook up my friend.  He went to his house and got a bottle of water.  But the taxi driver said, “I don’t want it now.”  According to my friend, this changed his attitude towards life, forever. 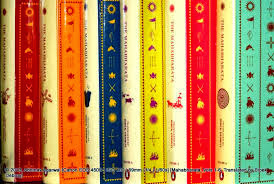 This was a relatively trivial incident.  My attitude changed because of an incident that was relatively less trivial.  So that you relate better, I am going to reveal an aspect of my life that is extremely personal.  Beyond the intimate, few people know about this.  In January 2004, I had a heart attack and am lucky to be alive today.  As I lay down on the operating table in Escorts, to use the clichéd expression, my entire life seemed to flash past me.  There were huge glass windows and I could see the sun shining on the green leaves outside.  Despite the searing pain inside, I could hear (or thought I could hear) the birds chirping outside.  “What have I done with my life?” I wondered.  If I survive and get out alive, no more of what I have been doing.  What’s this rat race?  Why am I in it?  What’s the purpose of publishing like mad?  Why and for whom?  “If I survive, in this calendar year, 2004, I will publish 12 books.  That’s it.  After that, I will only do what I wish to do.”
That grueling publication schedule included both authored and edited books.  For the record, I actually did 15.  You will find them listed in my resume.  And you will also find, since 2005, publication has dried up, deliberately, unless I want to actually write something, not because someone else is asking me to.  Once I was back home, other than writing those books, I decided to paint the house.  Not get it painted mind you, paint it myself.  That gave me the opportunity to think and to reflect.  I am not going to bore you with further personal details.  The point is a simple one.  Why should one wait for shocks, trivial or non-trivial?  This is a question one should ask regardless. 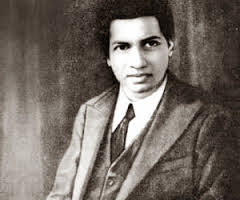 Srinivasa Ramanujan (1887-1920) needs no introduction.  He was deeply religious and attributed all his inspiration to the family goddess Namagiri or Namakkal.  Ramanujan was no exception.  Many other geniuses have believed in the existence of a supreme force.  Ronald Dworkin (1931-2013) was a philosopher and law academic.  His last book, “Religion without God” will be published posthumously.  Here is a quote from that book. “The familiar stark divide between people of religion and without religion is too crude. Many millions of people who count themselves atheists have convictions and experiences very like and just as profound as those that believers count as religious. They say that though they do not believe in a “personal” god, they nevertheless believe in a “force” in the universe “greater than we are.” They feel an inescapable responsibility to live their lives well, with due respect for the lives of others; they take pride in a life they think well lived and suffer sometimes inconsolable regret at a life they think, in retrospect, wasted…But Einstein meant much more than that the universe is organized around fundamental physical laws; indeed his view I quoted is, in one important sense, an endorsement of the supernatural. The beauty and sublimity he said we could reach only as a feeble reflection are not part of nature; they are something beyond nature that cannot be grasped even by finally understanding the most fundamental of physical laws. It was Einstein’s faith that some transcendental and objective value permeates the universe, value that is neither a natural phenomenon nor a subjective reaction to natural phenomena. That is what led him to insist on his own religiosity. No other description, he thought, could better capture the character of his faith.”


A Hindu may use slightly different words.  But will agree with the general thrust.  I have earlier said that words like देव, देवी, देवत, देवता mean “shining”.  By the way, देव and देवत are masculine and देवी and देवता are feminine.  If “god” is interpreted as these terms, how can I not believe in “god”?  There is “god” in you and in me.  There is divinity in each of us.  There is the brahman in each of us.  The purpose of life is to uplift the atman and realize this.  That’s the reason we are born.  That’s also the purpose of yoga, something I will leave for the next blog.
Posted by Rohini Bakshi at 5:07 am