Please welcome guest writer Arpita Gaidhane, who is currently in the M.A programme at SOAS. Arpita plans to continue with  her research and take a PhD in Kashmir Shaivism. I'd heard of it, of course, but mostly nodded wisely when people talked about it because I had no clue what it was really about. All I knew was that it was an 8th or 9th century phenomenon, associated with the writings of Abhinavagupta. It was practiced in secret while adherents carried on with their external lives as normal. The key idea, Arpita explains is that divinity exists within each one of us, and we can become God if we choose to recognise our divinity and and identify with it.
If you have any queries after reading the blog-post, please write in, and I'm sure Arpita will be happy to address them. Read on...

Kashmir Shaivism… where to begin? It flourished from about the 8th to 12th centuries CE. According to legend, Siva saw that the world was falling into doom, so he gave the secret of the world or the truth and the means to it, to Durvasas, who then taught it to his sons. His sons then carried on the tradition through three forms of Saivism: Dualism, Non-Dualism and a combination of both. Kashmir Shaivism falls under the Non-Dualistic line, and was propagated by his son Traymbaka.
Having said all that, Kashmir Shaivism is actually a misnomer, there’s no such thing. Yeah, what at introduction right? It doesn’t exist, before I even tell you what it is! Well, there’s a genre Kashmir Shaivism, which includes many different philosophies of Trika, Pratyabhijñā, Krama, Kula and Spanda…So, serious readers, these are the schools you want to look up to learn more.  Somananda, the first author of the Pratyabhijñā,  philosophy mentions himself as the 19th descendent of Tryambaka. But there is no singular founder, especially because it falls under the much larger rubric of Tantra.

Abhinavagupta is indeed an important figure in the school, but he lived from 975 to 1025 AD according to John Nemec. So he's from the middle phase of the religion. In these philosophical schools that comprise Kashmir Shaivism, the primary focus is the worship of god Śiva, popularly the destructive part of the Triad that causes Creation, Maintenance and Destruction of the Universe. He has existed from the Vedic times as Rudra, and some have argued that he is also represented in the proto-historic Indus valley seals. 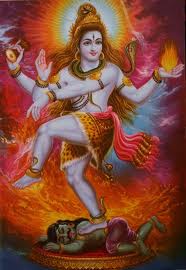 Picture 1: Śiva in a cosmic dance
But that’s not for us to deal with, our Śiva is now all encompassing, the universe itself. He is the underlying reality, the substratum on which the entire phenomenal world as we see it is based. And for those beginning to think of this religion as discriminating in gender, he is inseparable from Śakti, his feminine representation. Here, more than a hierarchy, they are two facets of one reality: Śiva is consciousness and Śakti is energy. When manifestation took place in this philosophy, there was absolute consciousness, and when differentiation began, the words uttered were ‘I Am’. I like to think of these words in this way - the I is Śiva, and the Am is Śakti; he is the noun and she is the verb; he is the matter and she is the energy. 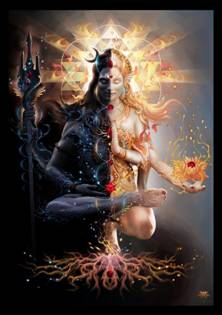 Picture 2: Ardhanārīśvara: Śiva and Śakti as two equals constituting a whole
The philosophy says that in this world we live in, we don’t know the underlying truth, and the aim is merely to recognize identity with god to become god. The analogy given is: Just as a woman who has been betrothed but not seen her fiancé feels great joy on finding out that the man she has been interacting with is in fact the person that she will spend the rest of her life with, so is the joy on recognition of Identity with Śiva.
This recognition, they believe, can take place anyhow and anywhere! When you’re eating, enjoy your food, when you’re with your friend, enjoy the company; any action can make you divine! It’s just a matter of releasing the fetters cast by societal conventions.

Picture 3: The Śrī Yantra, a mandala that represents the union of Śiva and Śakti; with Śiva as the upward pointing triangles and Śakti as the downward pointing ones.
Tantra is known for its anti-social rituals, the most popular perhaps being the five-fold requirement in the extreme left path to consume fish, meat, alcohol, grains and indulge in sex to attain liberation. But realise, that these actions, like all others, can only be effective if they are performed outside the social context, without being affected by it, with the focus solely on the achievement of a joy that can lead to recognition of divinity.
So just take a moment and find the place where your thoughts stop, find that unbound joy within you, look for it in whatever you do. Who knows, you might recognize your divinity immediately. After all, a moment is all it takes! 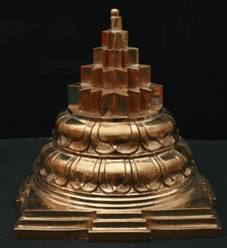 Picture 4: A three dimensional Śrī Yantra as Mount Meru, representing the creation of the cosmos as a union of Śiva and Śakti

Some good introductory books are Kashmir Shaivism by JC Chatterjee, and the same title by Kamalakar Mishra. Entries by Alexis Sanderson on Trika Shaivism and the Shaivism of Kashmir are also great in the Encyclopedia of Religion (ed. Mircea Eliade).
A very interesting figure associated with this religion is Lal Ded or Lalla, a female mystic saint of 14th century Kashmir. You MUST look her up!
Posted by Rohini Bakshi at 1:47 am

Hi,
First of all I must say that its a very good write up... Its like a spiritual counselling. I am very much fascinated by KAshmir Shaivism and I wont mind a research opportunity in this field as it really excites me a lot. Can you suggest some distance learning courses in this field. I dont know from where to begin and would be great if I can get some streamlining in my quest.
Thanks a lot.
Shivam