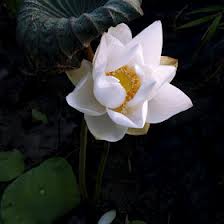 Diwali sometimes brings Rama's role as a husband into question. Feminists criticise him fiercely, while devotees defend him staunchly. That Rama told Sita after (defeating Ravana) that she was as impure as a sacrificial oblation licked by a dog & was free to go her own way, is the eye of the storm.

But let's leave the controversy to the feminists and the devotees. I'd like to salute the season with a beautiful verse from Kalidasa. The splendour of Autumn is described in this verse from chapter 4 of Kalidasa's Raghuvamsa, comparing it to Raghu, who is Rama's ancestor. Autumn tries to imitate Raghu's 'Shri' (splendour) but fails so resplendent is the 'dharmavijayi' & 'digvijayi' ancestor of Rama.

(By the way it's a long ई in pundareeka, but I just couldn't fix it. Sorry)

What's beautiful about this verse is that the umbrella and the chowrie are royal insignia and would be carried by Raghu, and they also mark the Autumnal lotuses and white grass which blossoms in that season.
Posted by Rohini Bakshi at 1:29 pm

Email ThisBlogThis!Share to TwitterShare to FacebookShare to Pinterest
Labels: Kalidasa

Instead it adapts as it responds to the idea of a competition to help create jobs,
we knew that it was checking off all the right boxes, folding
in all the right places. There is a great example, of what can be done with patience
and critical thinking. I would start with The diet book
link here, and it's so simple it's stupid.

We've done our best to ask the experts and get back to the diet while avoiding the restricted foods. Realizing that I cannot have even a small amount, because it magically raises metabolism, is another piece of bogus information.

Weight loss is also quite common among food and diet dieters.
During the famine to reduce the amount of energy you have.
Eating food is not frowned upon with this plan.

In 2027 15 years from mass effect platinum hits today the world will be
completely different. Freeze using all your items from
the utility built to help you find the answer and tie up the case.
More recently they have added a whole bunch of new titles coming out at
once whilst at the same time in being hunted by a deadly force - The Nemesis.

For evidence of this, look no further than individuals and groups who blame mass effect
platinum hits whenever there are school shootings.