Long on the 'to do' list, but never attempted, I'd like to thank @waynemcevilly for making me believe that I could translate Patañjali's yogasūtras. This introductory post needs to  be a teeny  bit long, so bear with me. Subsequent posts will be more compact.

A few provisos before we proceed:

a) This is primarily a linguistic exercise, not a philosophical one. My intention is merely to remove the language barrier, and let you draw your own conclusions. Find your own inspiration.

b)  I'll use some visuals and quote certain commentaries when it makes it easier for me to explain what I understand of the sūtras. Zero intervention is impossible, but I'll keep it to the minimum.

c) Since a lot of you are learning Sanskrit, I will provide as much grammatical detail as possible e.g. verb class, case, person, number, mood, tense, derivation, analysis of compounds, prefixes, suffixes and so on.

d) These are sūtras, not prose or verses, so anything superfluous is left out. Very often we have to supply connecting words, esp. verbs.

But why would anyone want to stop modification of, or activity in the mind? Well, think of it this way - the mind is constantly bombarded with thoughts  which I imagine like this: 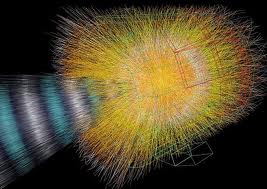 And when the mind is filled with thoughts, I imagine it look like this, only the spots are whirling rapidly. (The net result will be discussed in sūtra 1:4): 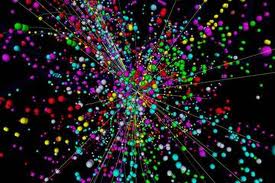 *the seer refers to  puruṣa, the spiritual element in Sāmkhya ontology, which underpins Yoga. I've dealt with it briefly in para 6 here:
http://all-about-sanskrit.blogspot.co.uk/2012/10/are-yogic-siddhis-real-essay-i-wrote-in.html

The idea simply is that you train your mind to still itself, and void itself of all thoughts. That way, the spiritual element (the seer*) who is entangled in the material world, manages to detach itself and rest in its own form. You would take your mind from this: 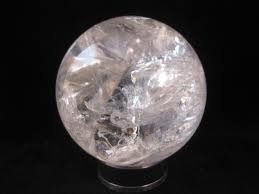 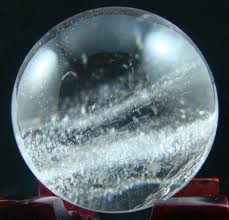 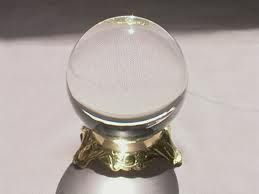 Posted by Rohini Bakshi at 9:57 am

Thank you for doing this work, Rohini.
The exposition is so clear. There is a lucidity.
And I appreciate the welcoming voice to those who may not have chosen to acquire a knowledge of Sanskrit at this point but who nonetheless are magnetized by the content of the texts.
It occurs to me also that it might be of assurance to such people that Gandhi himself knew very little Sanskrit. (See his autobiograrphy) -
I love the beauty of Sutra 1:3
Wayne