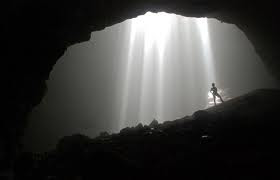 Indeed O Agni, aiming to draw your mind from [your] most excellent abode, Vatsa longs for you by means of [this] hymn.

*Motion is listed by Apte as 'yaman' and I wonder if I'm force fitting it to suit Griffith's translation. Similarly 'cit'. A root form of the verb is used in compound, but परमाच्चित्  doesn't look like a compound to me. I'm not an expert in Vedic grammar, so it could be that both are governed by rules I'm not aware of.  For now even though I'm not totally happy with these two, I'm posting as is. If you have an explanation, please leave a comment! I'd be grateful.

Posted by Rohini Bakshi at 3:28 am

Rohini -
To attempt expressing appreciation to you for doing this work for all of us would be futile, for my gratitude is well nigh boundless.
Having said that, I am sharing two translations which your readers may find of interest, those of Sri Aurobindo (whose work, especially "The Life Divine", occupied my mind and heart while working on my Ph.D. thesis "Music And Metaphysics" from 1960 - 1963 at USC.
Aurobindo translation from RigVeda, Vatsa Kanwa Sukta 11:7
"Vatsa compels thy mind even from the supreme world of thy session, O Fire, by his word that longs for thee."
Sri Aurobindo "Hymns to the Mystic Fire"
p. 322 Lotus Light Publications (under wing of the Aurobindo Trust)
there is one difference in the text:
kAmayA instead of kAmaye

now to the strange and rather creative/wondrous translation of S.V. Ganapati -
"They (the brain cells) control the child Mind in the assembly of the Supreme Intelligence."
p. 2 Motilal Banarsidass Publishers Delhi First edition 1982


the "child Mind" angle intrigues me. Tell me, please, what you think of this as a rendering for "mano yamat" - I had a review of this book by a Harvard professor of Sanskrit but have lost it in the sea of g-mail.
I am no grammarian, nor do I hope to become one, so my appreciation of your work is tempered with a sense of my own vast limitations.

Hardly satisfied with this response - but it's where I am at the moment...
the dialogue itself is begun, and I hope, trust, others might join in...
With respect,
Wayne