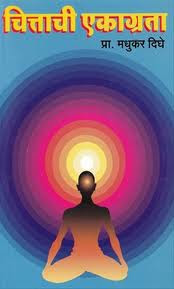 Critical to the process of yoga, is 'single-pointedness' (ekāgratā) of the mind, a prerequisite of which is serenity, calmness. While reaching samādhi is a process that requires instruction from a practising expert, there is a lot that we can do ourselves in the earlier stages, by following the yogasūtra of Patañjali. Chapter 1, sūtras 27-41 list a range of activities through which we can still our minds and put ourselves on the path to samādhi. Of them all, the most challenging, and perhaps the most fruitful is 1:33. I believe that negativity is debilitating. Anything that is toxic, causes misery and anxiety should be ejected or resolved as soon as possible. But the question is how?

The mind is made calm [and] serene by cultivating [attitudes of] friendliness, joy and compassion; [at the same time] being indifferent to joy and/or grief, vice and/or virtue.

मुदिता - gladness, joy; nom., fem., noun
भावनातः - भावना - feeling, cultivating - fem., noun with ablative ending तस् which gives a sense of cause (hetu). As a result of feeling [the above mentioned] The mind becomes serene.

Now this is obviously easier said than done. I've worked on it very hard, and managed only to reach an intermediate stage. I can neither rise above the pairs of opposites, nor can I cultivate friendliness et. al. when I dislike someone or something. But in trying, what I have managed is aptly captured in "Fiddler on the Roof". The Rabbi tells his community - there's a blessing for everything. They ask - is there also a blessing for the Tsar (who persecutes them)? And he replies after some thought:

Lebisch: Rabbi! May I ask you a question?
Rabbi: Certainly, Lebisch!

Lebisch: Is there a proper blessing... for the Tsar?

Rabbi: A blessing for the Tsar? Of course! May God bless and keep

Share this quote
Posted by Rohini Bakshi at 3:23 am

Rohini -
I don't know anyone better equipped here in the vast space of the internet to give us a fresh and useful and thorough look at these sutras than you - so whatever I can do to encourage your continuation of this noble task please let me know. I can volunteer one small thing at this point: I will retweet every blog post you do on the Yoga Sutras.
I hesitate to make a suggestion, but in the name of "the useful" I will share a thought: if you would consider starting at the very beginning and moving through each sutra, that would prove of most use to most people out here, or so I think at this moment.
Now, a word about the tools of your trade - so far you have 1. a rolling pin 2. an anvil 3. a bellows so I hesitate to mention that this sutra is among the most pregnant of the lot, lest you find it necessary to supply yourself with 4. a pair of forceps.
That will of course take a bit of time (c. 200 days) - but hey what better use of a day?
Cakes and fruit for your high tea!
Wayne

I am aware of a commentary that interprets the line मैत्रीकरुणामुदितोपेक्षाणां सुखदुःखपुण्यापुण्य विषयाणां... slightly differently. It says, the seeker should have an attitude of friendship (maitree) towards a happy man, that of compassion (karunaa) towards an unhappy person, joy for a virtuous deed, and indifference (upekshaa) towards a sinner. Somehow that makes more sense to me.