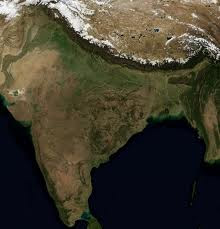 The first thing to note is that this song is almost entirely in the accusative case because the singer of vande! is the subject, and the Mother is the object. So it's good practice - specially for Hindi speakers, to whom even the nominative looks fine (Sita ne Ram ko kaha - in Sanskrit it would HAVE to be Raamam), We are used to saying 'maa ko' whereas in Sanskrit there is no 'ko' so you have to be careful to use the accusative case - not maataa but maataram.

A quick word on bahuvrihi compounds, neither member on its own is the object it describes, but together it is an adjective for that object. So neither सु nor जल is the maataa, but together they mean 'she whose waters are good or pure'. Another dead giveaway is that jala is a neuter noun, but here it is declining as a feminine जलां, so we know it is describing a feminine object, which is the mother.

Now, you can see that this analysis is not very poetic. And you'll find that translators who render the Sanskrit into other languages tend to use a lot of poetic licence - as in Shri Aurobindo's translation below. Two points emerge: a) if you don't understand Sanskrit, you'd have to use at least 2-3 translations to get a sense of what the original probably meant; and b) If you do learn Sanskrit, you can see where the poet has taken liberties. You might love the translation (as I do Aurobindo's) but knowing what the words mean will help you to judge how well the poet has balanced aesthetics with intent of the original.


Rich with thy hurrying streams,
bright with orchard gleams,
Cool with thy winds of delight,
Dark fields waving Mother of might,
Mother free.

Glory of moonlight dreams,
Over thy branches and lordly streams,
Clad in thy blossoming trees,
Mother, giver of ease
Laughing low and sweet!
Mother I kiss thy feet,
Speaker sweet and low!
Mother, to thee I bow.
Posted by Rohini Bakshi at 10:25 am

We are a gaggle of volunteers and opening a brand
new scheme in our community. Your web site provided us with useful information to work on.

You've performed an impressive activity and our whole group will be thankful to you.

Today, you will see just about everyone with a cell phone.
It has replaced the home telephone and even children in school have their own phones.

It has made life easier for parents who now don't have to worry about where their children are or what time they will be home. Service providers have family packages available at great rates and there is also the "pay as you go" feature so that you pay for the calls you make rather than subscribe to a service for a determined length of time. Now you can contact anyone at any time as long as they have their cell phone turned on. Find My Car. Free, iOS and Android Using the phone's GPS, Find My Car locates your parking spot and fixes it on your phone's map. You can take photos using the phone's camera and jot down notes, which comes
in handy if you park in a massive airport garage. But the app could be more intuitive.
It lets you set a timer for a parking meter, which is useful,
but it took five minutes to find that feature within the app.
Also, my dad needed his reading glasses for the fine print major point deductions there.
http://tinyurl.com/bx5hgfb The FOI Advocate The two met on
Wednesday morning and travelled by van to a New York warehouse, where Nafis
assembled what he thought was a 1,000 pound bomb, before driving to the Federal Reserve Bank, among the most
secure and guarded buildings in Manhattan.

Thank you for your grammatical explanation. Thanks to you, now, I do understand the lyrics.

Knew this by heart, but learnt the meaning today - so beautiful - so expressive and concise.

Thank you so much.