In this blog post, Bibek returns to a recurrent theme in his writings. Is religion is based on empiricism or faith, and can it be experienced by us. This idea always reminds me of Swami Vivekananda's advice - that we must not believe anything without experiencing it, and that experiencing the supreme divinity is something we can all do. Does Bibek agree? Do you? Read on, tell us what you think, share your experiences. You can follow Bibek Debroy on Twitter @bibekdebroy, and/or leave a comment on the blog.

वेदाहमेतं पुरुषं महान्तमादित्यवर्णं तमसः परस्तात्।  This is so famous that I probably don’t have to say where this is from.  It is from the Shukla Yajur Veda (31/17-22).  Nor do I have to translate it.  “I know this great being, who is beyond darkness and is self-radiant" (There are alternative ways of interpreting the word Aditya). Every once in a while, the religion versus science conflict surfaces and doesn’t die away.  At a simple level, what is the statement?  Science is based on proof, on empiricism, on an ability to verify.  Religion is based on faith, hence it is irrational.

In the Nyaya school of darshana (philosophy), different types of proof were mentioned.  To keep it simple, there were four types of proof – perception, inference, comparison and testimony.  Let’s leave out inference and comparison, those aren’t relevant for present purposes.  So we have testimony by someone regarded as trustworthy and perception.  How many of us have seen Mount Everest or actually measured it?  However, we believe that Mount Everest is the tallest mountain because someone has actually measured it.  More importantly, we believe that if we actually attempted to measure it, we would find this to be true.  In other words, we accept testimony as proof because we also believe it is empirically falsifiable.

We aren’t always very careful.  Let me use an example once used by Bertrand Russell.  You are passing through a new country and are travelling on a train.  Glancing out of the window, you see a white sheep in a meadow.  It is standing such that you can only see one side of the sheep.  What do you deduce?  All sheep in this country are white.  There are white sheep in this country.  There is at least one white sheep in this country.  There is one sheep in this country which is white on one side.  I think the empiricist who would pick the last is extremely rare.  In other words, even when we state that our beliefs are based on empiricism, that isn’t necessarily the case. In addition, what is this empiricism based on?  It is fundamentally based on our five senses.
In perception, as classified by the Nyaya school, empiricism wasn’t only external, contingent on the five senses.  Internal perception was also an acceptable form of perception.  As I have argued in the past, perception based on the five senses is fallible*, even if it is aided by the use of measuring instruments.  History is replete with instances of science’s empiricism having gone wrong.  If that’s the track record, the least one can do is be a bit less confident and self-assured about today’s scientific assertions.  Even today, there are several members of something called the International Flat Earth Society.  They essentially believe that the earth is flat.  What’s that belief based on? Nothing but empiricism.
I find magic and the history of magic to be fascinating.  A few centuries ago, magic was intimately connected with religion.  As a digression, nothing to do with what we are discussing, yoga believes that the practice of yoga leads to eight kinds of siddhis or powers. These are anima (becoming as small as one desires),mahima (as large as one desires), laghima (as light as one wants), garima (as heavy as one wants), prapti(obtaining what one wants), prakamya (travelling where one wants), vashitvam (powers to control creatures) andishitvam (obtaining divine powers).  Today, magic is equated with conjuring tricks and optical illusions.  There is quite a bit of research on how untrustworthy the eye (as one of the five senses) is.  Had that not been the case, there would have been no magic.  The proposition that science is entirely based on empiricism and the corollary, empiricism is infallible, are both somewhat suspect.
Who has said that religion is based on faith?  That isn’t my understanding of our sacred texts.  There is a reason why I think the Bhagavad Gita’s 18.66 सर्वधर्मान् परित्य्ज्य् मामेकं शरणं व्रज (abandon all dharma and seek refuge with me alone) is somewhat different from “Thou shalt have no other gods before me” (Exodus 20.3). Consider the quote I started with.  The rishi experienced something and was communicating it.  In other words, it was also based on empiricism.  The edifice of Hinduism, contrary to what we may often think, is based on empiricism.  The argument isn’t that you believe in Brahma, Vishnu, Shiva, or whoever else, because so and so has said that you must believe in that god.  The argument is that the rishis have experienced such and such.  As with Mount Everest, you can accept that testimony.  But you accept that testimony because you can try it out for yourself. The only caveat is that when falsifying it, don’t depend on perception based on the five senses.  This isn’t about the external world, or your interaction with the external world.  It is an internal perception.  By all means try it out. There is no faith.  Instead, there is empiricism.  If I don’t try it out and reject it outright, that isn’t based on empirical stuff.  It’s an irrational argument based on “faith” in disbelief.  Is that what you really intend?  If that’s the case, then please accept that you are irrational. 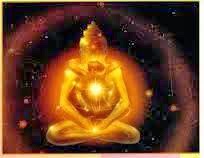 You might legitimately argue that this empiricism isn’t something peculiar to Hinduism and all religions are based on personal experiences of prophets and religious leaders.  That’s true.  Buddhism was based on the Buddha’s experiences, Christianity on Jesus Christ’s (I wish the Church hadn’t purged out the Essenes), Jainism on Mahavira’s, Islam on Prophet Muhammad’s and so on.  There is a general proposition, all religions evolve out of empirical experiences.  Let’s not interpret it as faith, because even if I practice Buddhism, my experiences may not be exactly identical with what the Buddha experienced.  Religion, of whatever form, only provides a template for looking inwards.
You can read Bibek's previous related posts here:
* http://all-about-sanskrit.blogspot.co.uk/2013/04/dharma-artha-kama-moksa-iii.html &
http://all-about-sanskrit.blogspot.co.uk/2013/02/dharma-artha-kama-moksa-i.html

Posted by Rohini Bakshi at 2:50 am

Excellent read sir, ... last Para reminds me of what... Thakur Sri Ramakrishna says : all Paths lead to same ... NOT all paths are "Same" ..