The Art of Asking The Right Question 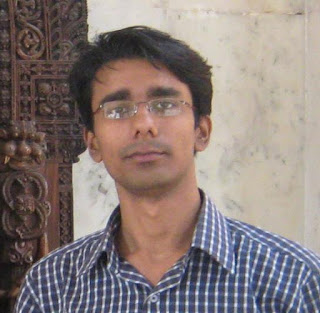 In the guest writer* series, please welcome Gyanendra Narayan.  Gyanendra is a Bangalore, India based Sanskrit enthusiast who loves exploring the scientific temper of Sanskrit scriptures relating them to modern human life & analysis of historical facts from socio-cultural dimension. On the professional front he works for a software start-up after his graduation from IIT.

He raises an important and rarely considered iepistemological issue. How best can we know something? Please read on to discover his point of view. To interact with Gyanendra, please leave a comment on the blog.

The Art of Right Question

Word Meaning:
[ Idam : This, Tu: Despite, Te: (For) you, Guhyatamam: Most secret,  Pravakshyaamyanasuyave: I’m saying to you (because) you are not jealous , Gyaanam : About this knowledge, Vigyaansahitam : With perceived/assimilated science, Yajgyaatvaa: By knowing that, mokshyaseashubhaat:  Will be relieved of bad world ]

In totality it means:
Despite being the most secret knowledge, I’m telling this knowledge, assimilated/perceived, to you because you are not jealous(of me). By knowing this you will be free of the bad (Ashubha) world.

The word “Pravakshyaamyanasuyave “can be bifurcated (vicheda) in two words; i.e.  Pravakshyaami + Anusuyave.
Pravaksyami means “I am saying”, Anusuyave means “A person who is not jealous”. It alludes to the fact that a right question can remain unanswered if the motive of the person is not right or the person is ill-motivated.

In totality it means:
Then the famous rishi told that despite (back activities) stay here for a year with celibacy, devotion & then ask questions as you wish. We will answer you with best of our knowledge.

It tells “live with “tapasaa brahmacharyyen shradyaa “. It means that the person (who has reached Rishi’s Ashram for knowledge) should live with ascetic life, should be celibate, full of devotion. If only these pre-conditions are fulfilled then the Rishi will answer with all question with best of his knowledge ( vigyaasyaamah sarvam ha vo vaskshyaam eti )

Now moving to  the content of question, we find that depending on the context and background of knowledge seekers questions have varied in their intellectual quotient. In today’s world some questions might look too primitive; but at the same time some questions have been path breaking. E.g. look at this question from shloka 5.1 (Chapter 5, shloka 1) of KenaUpanishad
Kena paasnnir aabhrite purushasya, kena maansam sambhritam kena gulfoo |
Kenangulih peshanih kena khaani kenochalankho madhyatah kah pratishtham ||5.1||

In totality it means:
Who created farthest end of feet of human being and put flesh in that. Who created ankles, who created fingers, who added feet in leg and who put them in balance in between.

This shloka talks about body structure and asks the Guru about creator of them. It asks “who created ankles and put flesh in them, who created other parts of leg and balanced/fixed them. While prima facie this question looks quite detailed, the response of it would be mired in nitty-gritty of earthly materials. The question itself binds the periphery of answer and hence would elicit same kind of response.

However few questions are path breaking in their nature. Their response has changed the discourse for generations. One of them is ( Srimad Bhagvad Gita, Chapter 4 , Shloka 4)
Aparam bhavato Janma Param janma vivaswatah |
Kathametdwijaneeyaam twamadou proktwaniti ||4.4||

Word Meaning:
[ Aparam: Not supreme, subdued, bhavato: yours,  janma: Birth,  Param: Supreme, upper, vivaswatah: Of Sun,Kathametdwijaneeyaam: How come I assume this , twamadou: you at the outset, proktwaniti: You sermonized so]

In totality it means:
(O Lord) your birth is later than the birth of Sun God, then how do I assume that you sermonized Sun.

The question transcends boundary of death and life, mortal nature of devotee and asks about the relation with the almighty God. The background of this shloka is :At the outset of war of Mahabharata to remove illusion and diffidence from Arjuna’s mind Lord Krishna tells about Srimad Bhagvad Gita and in the same vein about its history.  Lord Sri Krishna tells Arjuna that he has enlightened “Sun” with the knowledge of Gita in very ancient time. In the response, Arjuna , out of normal human curiosity, asks in this shloka : O God, Birth of Sun is earlier than you; then how do I understand that you only gave this knowledge at the outset. This is typical of human mind. We feel that Sun, Moon, Earth etc. are from time immemorial hence how can God come before them. There must be something (e.g. Sun, Earth etc) for God to take birth.  The detailed response of it has been extraordinary in impact on discourse of God’s arrival and relation with mankind. The response in shlokaappears in Srimad Bhagvad Gita chapter 4, shloka 7.

In totality it means:
O Bhrata! Whenever, wherever, there is decay of Dharma and surge of Adharma, and then I will recreate myself.

Here Lord Krishna takes away the attachment of the evolution/arrival of God from mortal cosmic things. He links God withDharma. Meaning of this shloka goes as: O Arjuna! Whenever, wherever there will be seize of Dharma, there will be surge ofAdharma, I will create myself in mortal form (to uplift Dharma). This one shloka has imparted faith, hope in millions of people since time immemorial in tough times. It gives hope that when going gets really tough, there is somebody; there is God who will come and uplift the Dharma, and uplift right things. You will find similar resonating tones in other religions also which came much later than sanatan dharma. This shloka remains unparalleled in history.

Perhaps, even God responds only to right questions.


*The views of guest authors are their own and do not represent the intent of this blog. Whether I agree or disagree with guest writers, I respect their right to believe what they do, and their right to express their view.

Posted by Rohini Bakshi at 2:25 am