In an essay I wrote in April 2011, as part of my M.A at SOAS, I argued that they are. This blog-post is a summary of the main arguments presented in that essay. 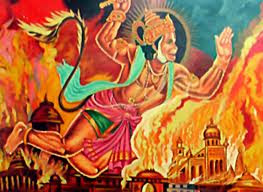 Generations of Indian children have delighted in stories of Hanumān – how he jumped high into the sky to eat the sun; how he leapt over the ocean to reach Laṇkā; how he became the size of an atom and searched Rāvaṇa’s palace undetected; how he made his tail so long that it burned Laṇkā down; and how can we ever forget the way he carried a mountain back with the Sanjīvani herb, saving Lakṣman’s life. We have no problems with any of this, perhaps because he is super-human. Part animal. Part God.

Claims that such powers can be possessed by an ordinary human being are almost always met with great derision and disbelief. “Absolute poppy-cock!” is the reaction 9 times out of 10. “What utter rubbish!” It doesn’t help that there are countless fake ‘god-men’ cheating people, that the media delights in exposing them and rightly so. The movies do their bit - often depicting  ‘yogi-babas’ and ‘swamis’ as con-men, greedy frauds and power hungry villains. Remember Khoka in Trimurti? Bhairo Nath in Nagina? And of course the caricature prize has to go to Mola Ram in “Indiana Jones and the Temple of Doom.”

Yogic powers are defined in chapter III of Patañjali’s yoga-sutras – the Vibhūti Pāda. Very simply put, if the yogic ashṭāṇga path is rigorously followed, arduously practised  certain powers (siddhis) accrue to the practitioner – which he/she is strongly encouraged to ignore, and not be de-railed by.  They are a by-product of yogic sādhana (diligent practice). These include being able to fly, make yourself tiny, very large, very heavy, invisible, understanding the speech of animals and birds; entering the body (dead or alive) of another person; being able to see the future and the past, and so on (I recommend I.K Taimini’s commentary on the Yoga Sutras for details. It is excellent.)

In his introduction to Rāja Yoga, Swami Vivekānanda sends a strong message. “Anything that is secret and mysterious ... should at once be rejected.” I propose that there is nothing mysterious or mystifying about yogic siddhis. In the process of yoga, the mind is detached from the external world and turned inwards upon itself. Like the energy of the sun being concentrated through a magnifying glass the mind becomes super-concentrated and capable of activity beyond the ken of us ordinary folk.  Why is that so hard for some to accept?

The body too is trained in yoga – achieving perfect fitness so that when the yogi meditates, his mind is not distracted by itches, twitches, aches and pains. We have no problem in applauding Usain Bolt ‘because he trains’, we are not surprised at Michael Phelps ‘because he trains’ . The world high jump record is 2.45 meters (that’s over 8 feet!!) held by Javier Sotomayor. Long jump – 8.95 meters (almost 30 feet) jumped by Michael Powell. Not a single raised eyebrow? Because they train. Well yogis train too. And  that is the point we conveniently miss. 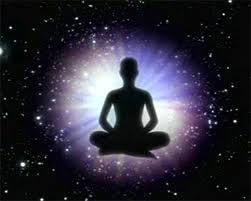 More important is the philosophical system that underpins yoga. Sāṃkhya ontology posits two principles – the material principle (prakṛti) and the spiritual principle (puruṣa). The entire physical universe from gross objects that we can perceive, to those that are so subtle that we cannot see them - is make of prakṛti. EVERYTHING other than the spirit (puruṣa) is made of prakṛti. The path from our eye, including the eye, to the sun, including the sun and everything in between is an unbroken continuum of the same material. The yogi gains mastery over this continuum with his practices.  In the same manner that he masters the mind, he gains mastery over the fields of the elements and the organs. This enables him to control natural phenomena. He is able to exercise extraordinary powers – which are called siddhis.

Another complication is the meaning assigned to concepts when they are translated. It has an impact on how they are perceived by a speech community other than the one to which they are native. For instance, siddhi is translated into English as ‘power’ whereas it covers a range of English words – like accomplishment, perfection, ability, skill and efficacy, to name a few.  I believe siddhis are considered ‘unreal’ or fake by English speakers (including some Indians) because of the words that are used to define them in English. For instance, ‘super-natural’ – is not understood as extra-ordinary, but rather as related to hauntings, demons and ghosts. There is even an American TV serial called ‘Super-natural’ which deals with such things.

The English word ‘magical’ which is often used to describe siddhis, is never applied in Indic languages to  the same. Magic translates into Sanskrit as Māyā, Indrajāl, Vāmācāra, abhicāra and riddhi. NONE of which are associated with yogic siddhis in our culture. There is a family of Sanskrit words associated with siddhi arising from √sidh – meaning to accomplish, to succeed, fulfil, to attain one’s end.  Looking at these, we get a very different sense than ‘magic’.  Sādhanā means diligent practice leading straight to a goal; efficient; effective.  Chapter II of the yoga-sutras which deals with the path yoga enjoins is called Sādhanā pāda.  Sādhya means that which is to be achieved or attained, accomplished; and a sādhaka is what an aspirant on the path of yoga is called. Siddhi too comes from this root. It is an accomplishment. Not magic. For that matter, vibhūti which we instantly think of as magical ash, means splendour, greatness, might and magnificence. Let's not forget that the BG chapter in which Kṛṣṇa reveals his divine form (Ch 10) is called Vibhūti Yoga.

I haven’t presented any ‘scientific proof’ because it is so passé. A bit like Rishi Kapoor in Karz with that funny helmet on and hundreds of wires stuck to a computer! Many experiments were conducted in the 1970s in America which proved that yogis had siddhis. Fritz Staal and David Gordon White have documented these in great detail in their books. If you wish to explore further, another book which provides fascinating insight and is more easily available is Swami Rama’s “Living with the Himalayan Masters.”

As always, I’d like to close with a quote from Swami Vivekananda: “It is wrong to believe blindly. You must exercise your own reason and judgement. You must practice and see whether these things happen or not.  Just as you would take up any other science, exactly in the same manner you should take up this science (Yoga) for study.”

Posted by Rohini Bakshi at 2:48 am

Thank you. Will send the essay shortly. My only request - as per SOAS rules - if you quote the essay anywhere, please do mention the source. It is a SOAS student's M.A. essay. Thanks!

Dear Rohini
1.thanks for the break! we've had too much of Sanskrit lessons :)
2.among people, are these siddhis really known as being wicked?(as Gordon White calls them sinister)
peace
Azadeh

Dear Azadeh, Lovely to hear from you! Well, some of us can't have too much of Sanskrit :-) Still, point taken, and I'll write other pieces from next week.

To answer your question, I'm sure there are sinister yogis who misuse their power. I'm sure there are fraudsters and tricksters and fakes. The important point is, it is possible to acquire these powers with the right practice - it's not magic - and the textual tradition strongly discourages their use. They are impediments on the path to samadhi. Distractions that must be ignored.

As far As White is concerned, the title of the book belies its content. The whole point he's trying to make is that 'yoga', 'yogis' and siddhis are NOT sinister. It's a brilliant book and informed my essay fundamentally. Hope that answers your question.
Keep writing in! Take care.

:) thank you.. and i love it when you introduce the books

In that case you must read J.J Kripal's book called 'Kaali's Child' It was his doctoral thesis, and now a book. It relates to how the Vedantic followers of Ramakrishna bowlderised his beliefs and tried to recast him for posterity in the Vedantic mode. Absolutely fascinating. Yoga suffers from the same problem. Only those aspects were highlighted by influential 19th century writers that 'elevated' it to a numinous philosophy. All aspects (like siddhis) were ignored and swept under the carpet, probably because it attracted the ridicule of the colonial masters.

here's a delightful brief video lecture by Feynman that talks about the science of "where do trees come from" that is perhaps related to the above claim.

Dear Rohini,
A great Siddh told me once, 'science is limited by our imagination and our ability of explanation. Unfortunately this very fact happens to be the failing of science.It can not accept what it can't explain'.My message to you is, your believes are right.It takes training and training, decades of training with complete detachment. Harder than the hardest. Harsher than the harshest. And when one emerges with enlightenment one is also divulged his/her purpose.Therefore the saying "with power comes responsibility". Back among the worldly,truth and purpose gets amalgamated with the chaos.why? because we are all predestined to be on either of the sides. The cosmic battle carries on.The path that you are on, there should come a time when you will meet at least one such Siddha and you'll be amazed at the simplified realization of cause and event and the purpose of an individuals being.
Would answer more,whenever there is a need.
love!

vedic.conf@gmail.com. I would like to send you pdfs research related to Samskrutam and Yoga. Will be useful to work further, together.