Bibek Debroy on the Ashvamedha Yagya 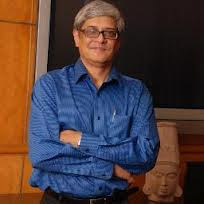 Please welcome guest writer* Bibek Debroy, who needs no introduction. His effort to revive interest in Sanskrit and in the Scriptures is known to all. In this piece Bibek describes a royal ritual of yore, which is no longer in practice. Yet, it is very much part of the Scriptures, as the citations show. If we want to understand our majestic religion, it is important to study and embrace our past, even if the said rituals are longer in practice today.


There is a friend named Shankkar Aiyar.  He has just written a book named “Accidental India”.   He is a journalist and columnist and mostly writes on economics and business.  For one of those columns, nothing to do with Sanskrit, a few weeks ago, he asked me about अश्वमेध यज्ञ. He wanted to refer to the horse sacrifice in one of his columns.  I gave him an answer.  But since then, I have been wondering about the best place to give a description of the horse sacrifice.  In this article , I am going to give you a reference of  अश्वमेध यज्ञ ​ from Valmiki's  Ramayana, though there are references to horse sacrifices in many texts.  By the way, the Sanskrit in the Valmiki Ramayana is quite simple to understand.  अश्व is horse.  Everyone knows that.  यज्ञ  is sacrifice.  Everyone knows that too.

The word मेध has many different meanings.  It means sacrifice, it also means offering.  Therefore, one should simply say अश्वमेध. Having said अश्वमेध, the word यज्ञ  is again necessary.  However, we do such things all the time.  Haven’t you heard of people saying rock of Gibraltar.  The word Gibraltar itself has “rock” in it.  There is no need to say “rock” again.  In any event, the word मेध is a little bit more than mere sacrifice, since a horse was physically slaughtered and offered as offering.  The horse sacrifice I am going to describe is in Bala Kanda of Valmiki Ramayana and it is a sacrifice being organized by Dasharatha.

तुरङ्ग is a horse, though any slow and old horse is unlikely to be called तुरङ्ग.  The first line simply says that a year passed and the horse returned.  In a horse sacrifice, a horse was released and left free to wander around for a year.  It was actually followed by soldiers, to ensure that it didn’t wander off to strange places.  The second line tells that once the horse returned, the king (Dasharatha) started to have a sacrifice on the northern (उत्तर) banks of the Sarayu river.

The expression द्विजर्षभः (this is the singular, the first line has the plural) occurs quite often in our texts. Translated literally, it means the bulls among the brahmanas.  If one is a little less pedantic, it means the most important brahmanas.  The expression महात्मनः also occurs quite often.  Translated literally again, it means great-souled.  A little less pedantically, it simply means great.  Therefore, there was this great horse sacrifice being organized by the great king.  The most important brahmanas conducted it, placing Rishyashringa at the forefront.  By the way, I am going to focus only on the horse part.  There are many other interesting things in the description of the sacrifice.

The queen, that is the chief queen, had a very important role to perform in any horse sacrifice.  Dasharatha’s chief wife was Kousalya.  She circled the horse, that is, did a complete circumambulation (परिचर्य समन्ततः).  She was extremely happy (परमया मुदा).  A कृपाण is a sword or a dagger.  In this context, perhaps it was a dagger.  She used three daggers to slaughter the horse (कृपाणैर्विशशासैनं त्रिभिः).

Kousalya desired dharma and spent one night with the dead horse then (पतत्रिणा तदा सार्द्धं), पतत्रिण् meaning a horse. She did this after having focused her mind (सुस्थितेन च चेतसा).  This was a symbolic gesture and as we will soon see, this horse sacrifice was being conducted to have offspring.

The officiating priest (ऋत्विक्) was extremely accomplished (परमसम्पन्नः).  He followed the sacred texts (शास्त्रतः), controlled his senses (नियतेन्द्रियः) and taking out the वपा (marrow, intestines) from the horse, roasted it (श्रपयामास).

At the right time and following the right policy, the king inhaled the smoke from the intestines, thereby cleansing all his sins.

All the brahmanas offered different parts of the horse into the fire, following the due procedures.  Sixteen brahmanas chanted mantras.
Since there is nothing more about the horse, I will leave it here.  But I am certain I have got you interested in the Valmiki Ramayana.

* The views of  guest writers is their own. I may or may not agree with them, but I respect their right to be heard.
Posted by Rohini Bakshi at 9:26 am

After the horse was released into a celestial body of light, then only the body remained which would be duly burned in fire.

The horse is a celestial being trapped in a material form. As we all are. Though, charging the horse with energy releases it.

The body is just dense matter buried underneath layers of illusion. Underneath we're all light beings. Yagya means to release.

In line with the hunters kill philosophy from Manusmriti, the horse, charged with energy from the conquest, becomes released.

This would indicate to the king performing the yagna, that his throne is secure and that an heir would arrive. It did work. :)

*Should be noted that in 1.14.33 3 kR^ipANa-s are not used to slaughter ashva. In the ashvamedha ashva is slaughtered by smothering. The shruti injunction is that no drop of ashva's blood should spilt. All killing by smothering is done by the shamitR^i. The 3 knifes are used by queens to dissect the horse with adhvaryu's help in very specific way. In ashvamedha the dog is the only animal slaughtered by axing (done by an avarNa guy.

Dissection of horse is a technical process because organs have to be extracted whole and offered to different deva-s/devI-s along with recitation of particular yajuSh-s by the adhvaryu.

Again in 1.14.37 it is not smoke from intestine. vapA means the fat-filled omentum: http://www.ucd.ie/vetanat/images/90.gif

For some details as per kANva shatapatha brAhmaNa and kAtyAyana: http://manasataramgini.wordpress.com/2004/11/21/the-sacrifice-of-the-horse-in-the-ashvamedha/