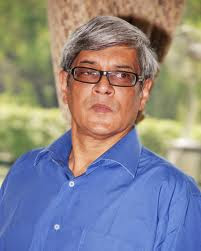 Once one has accepted the atman and the proposition that the atman is not the body, nor any of the sentiments associated with the body, one adds the next element in the building block.  The atman does not die when the body dies.  I am going to give a quote now. अजो नित्यः शाश्वतोऽयं पुराणो न हन्यते हन्यमाने शरीरे.  Most people will look at this and identify this as Bhagavad Gita 2.20.  It is indeed Bhagavad Gita, but it is also the Katha Upanishad.  Many shlokas, exactly, or slightly modified, occur in more than one text.  In the Katha Upanishad, this occurs in the course of a conversation between Yama and Nachiketas.  One should be a bit careful in giving English translations.  They aren’t always accurate.  For this one, I am going to use the Sri Aurobindo translation.  This is what Yama tells Nachiketas, talking about the atman. “The Wise One is not born, neither does he die: he came not from anywhere, neither is he any one: he is unborn, he is everlasting, he is ancient and sempiternal: he is not slain in the slaying of the body. ..If the slayer think that he slays, if the slain think that he is slain, both of these have not the knowledge. This slays not, neither is He slain. ..None who has not ceased from doing evil, or who is not calm, or not concentrated in his being, or whose mind has not been tranquilised, can by wisdom attain to Him.”  Sri Aurobindo’s English was not the simplest, but we get the general idea.

There is quite a bit of research now on near death experiences (NDE), experienced by people who are clinically dead or close to death.  There is much more than we are aware of and it is often “scientific”.  There is an International Association for Near-Death Studies (IANDS) and there is also a Journal of Near-Death Studies.  Kenneth Ring, a Professor at the University of Connecticut, was a co-founder of the Association and a Founding Editor of the Journal.  In 1980, he published a book titled, “Life at Death”.  According to this book, most people who go through NDE experiences go through five stages – a sense of peace, a sense of being separated from the body, a sense of passing through darkness, a sense of seeing blazing light and then a sense of entering the light.  Obviously, everyone doesn’t pass through each of these stages.  When I read of these things, I immediately think of a verse from the Purusha Suktam of the Rig Veda. वेदहमेतं पुरुषं महान्त्मादित्यवर्णं तमसस्तु परे.  “I have known that greatest being.  He is beyond darkness and lights himself up.”  That’s meant to be a free translation.  So don’t nitpick about words.  There is a slight variation in the Shvetashvatara Upanishad.  Remember what I said about similar kinds of verses occurring in more than one text.  वेदहमेतं पुरुषं महान्त्मादित्यवर्णं तमसः परास्तात्। तमेव विदित्वाऽतिमृत्युमेति नान्यः पन्था विद्यतेऽयनय​॥ “I have known that greatest being.  He is beyond darkness and lights himself up.  One can surpass death only by knowing him.  There is no other path to progress.” 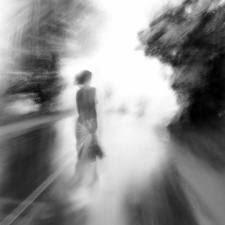 NDEs are an established scientific fact.  What scientists debate is whether this is merely neuro-biological, or whether this is proof of the paranormal and life after death.  Is this mere hallucination or is there more to it?  We come back to that question of evidence and testing under lab conditions, often impossible.  I will recommend a book by Swami Abhedananda (1866-1939).  He wrote extensively on Vedanta, but the one I am recommending is called “Life Beyond Death”.  Can one dismiss all the documented NDE cases as neuro-biological?  Many scientists also seem to think that everything is not neuro-biological and some confirmed “atheists” and scientists have also turned “believers”.  Much the same can be said of research in out of body experiences (OBEs), sometimes linked with NDEs.  These can also be induced, mentally, mechanically or chemically.  At best, scientists seem to think that non-NDE OBEs are hallucinations and psychologically explained.  They are less confident about NDEs.  Most Hindus will say - big deal.  There is the atman and the atman doesn’t die.  So what’s strange about OBEs and NDEs?

Let’s move to something that is stranger still.  How many heartbeats does a mammal have in the course of its life?  Presumably, no one has been able to compute it for non-mammals.  The answer depends on the kind of animal we are talking about and the average life expectancy we assume.  A small dog, with a life expectancy of 10 years, has lifetime heart-beats of 0.53 billion.  A human with a life expectancy of 70 years, has life-time heart-beats of 2.21 billion.  Across species (let me assure you, I am not going to get into too much of mathematics), if you plot life expectancy (in years on a log scale along the Y-axis) and heartbeats per life-time (on a log scale along the X-axis), you get almost a flat line.  Stated in more obscure language, the basal energy consumption per heart beat and heart mass is the same for all animals.  In less obscure language, there is a negative correlation between heart rate and life expectancy.  The faster the heart rate (say a mouse), the lower the life expectancy.  The slower the heart rate (say a human), the longer the life expectancy.  There is a correlation. No one seems to know the causation.

We are still on science.  Let’s talk about what is called the resting heart rate, not the heart rate when you are exercising.  For most people, it is between 60 and 100 beats per minute.    Forget other beneficial aspects of yoga.  Controlled experiments have shown that you if you practice yoga, the resting heart rate declines.  For masters of yoga, resting heart rates have declined to 30 beats and below. Returning to that correlation, if I now read that Devraha Baba (who lived in Mathura and died in 1989) lived for 250 years, as a Hindu, it seems to me to be more a matter of logic and less about faith.  I have gone off on a tangent, but I will return to the core issues next month.
Tweet
Posted by Rohini Bakshi at 6:06 am