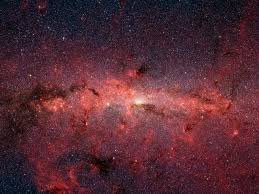 In the previous sutra we read that one way of achieving samādhi was ईश्वर प्रणिधान (lit. by placing one's self in Iśvaraḥ)* And that raises the all important question - who or what is Iśvaraḥ? Hinduism allows for a wide range of beliefs on the Divine. For some he/she is a personal God, for others, it is a sub-stratum that is Reality. Some believe we are distinct from the Divine, but will merge into it. Still others believe that we are particles of the Divine; that the Divine exists in us.

All the more reason, that in studying a philosophical system ought to understand its ontology and beliefs clearly. Patañjali's yoga is based on Sāṃkhya which posits two ontological principles पुरुष (the spiritual) and प्रकृति (the material). In the yoga system,  Iśvaraḥ is a particularised unit of पुरुष. If the practice yoga  blends seamlessly into the most diverse belief systems, it is mostly because of it's definition of 'Iśvaraḥ' In fact  Patañjali's yoga system has universal applicability is because of this definition. Let's see how Patañjali defines Iśvaraḥ:

puruṣa who is untouched by the afflictions of  life, [untouched] by actions, their results and the impressions produced by these actions.

In short ईश्वरः as a special technical yogic term could represent anything you believe to be your governing divine principle. Whatever you have faith in - meditate on that intensely, and you will come closer to achieving samādhi. Be that Rabb, Shiva, Krishna, Rama, or Jesus, Wahe Guru, or God ... call the Divine what you will.

This sūtra always reminds me of Ramakrishna Paramahansa's view of the Divine. I'd like to thank @hchaturv for sourcing this picture for us all: 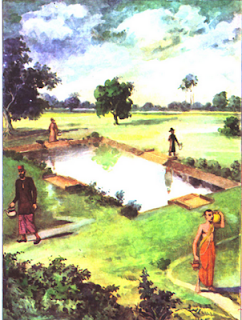 *See the range of meanings of  [ईश्वर] प्रणिधान here:
http://spokensanskrit.de/index.php?script=HK&beginning=0+&tinput=+pranidhaana&trans=Translate&direction=AU
Posted by Rohini Bakshi at 4:02 am

Rohini -
Just stepping into the role of cheerleader for a moment. When I visit this page, I am convinced that Rohini Bakshi is doing something of extreme lasting value, that the utility of your pages will continue to show forth and grow in scope as the years pass.
As far as I know, no one else is doing the work you are doing with anything like the generosity of spirit which alone will invite people of all sorts and dimensions to see for themselves the treasures of the Vedanta.
I love what you are doing.
Thank you.
Wayne