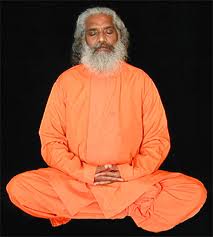 The remnant impression [left in the mind] after previous practice [and] on cessation of the content in the mind, is the other (type of samādhi)

The other (anya) samādhi is preceded by continued practice (abhyāsa) of stopping the content of the mind. In it the mind remains in the form of traces.

The other [samādhi] follows on practice of the idea of stopping and consists of saṃskāra-s alone.

विराम -pause, stop, end; masc noun
प्रत्यय - idea, concept, content of mind; masc noun
अभ्यास - exercise, practice;drill; masc noun
पूर्वः - पूर्व as an adjective means initial, earlier, prior. Hhere, the visarga indicates it is being used as masc. noun, a kinship term like forefather or ancestor. Almost like the three that have gone before beget something, which in this case is संस्कार. It's a subtle difference. Even the adjective works, but use of the noun establishes a deeper link - 'born of'.


संस्कार - impressions in the mind of deeds and activities performed in a former state of existence; masc noun.
शेषः - that which remains or is left behind; masc/neuter noun
अन्यः - the other, another. The fact that this adjective has a visarga clearly indicates that it refers to a masc noun, which is [another] samādhi.

In 1:17, we learned about samprajñātaḥ samādhi which is a state of mind accompanied by reasoning, reflection, bliss and a sense of individuality. All of these indicate some activity or content in the mind. Hence we can collectively call them प्रत्ययाः  When these contents are stopped. paused, ended, we have a state new state of samādhi which is called the 'other' i.e. not samprajñātaḥ therefore - asamprajñātaḥ.

I cannot stress enough that this is only a grammatically analysis and a translation based on commentaries by yogic experts. In no way does it intend to 'teach' you how to achieve samādhi. If at all, the only aim is to arouse your curiosity to find out more. Yoga has been a living tradition for longer than written History, and is transmitted through an unbroken chain of living gurus. You must learn from one such adept.
Posted by Rohini Bakshi at 8:42 am

free marriage public records Recycling comes as one of the first, smartest and best means of saving life.
And what can be better than targeting one of the biggest industries in
the world, namely phone companies. Each time phone recycling becomes a topic and it
raises its head, keep in mind that it's not wrong to have phones. The latest in technology not only serves as utility for everyday use but as a major source of entertainment and more. http://tinyurl.com/amtx2ln He will now experience greater residuals and override payouts for customer acquisition. Paul joined Lightyear Wireless in 2009 as a National Training Director and Senior Manager and quickly began growing his business by marketing wireless cell phones and other telecommunications services as well as introducing others to the opportunity to join as an independent marketing representative. Paul is also a member of many professional organizations which include the BDPA, Mid-South Association of Contingency Planners and the Memphis Area Chamber of Commerce. He will continue to serve the team at Lightyear as National Training Director in addition to fulfilling his position as Regional Manager. Paul continues, "Not everyone can build a million dollar enterprise. But absolutely everybody needs a cell phone. And if you are paying for it, then you are being ripped off, period. It does not matter who you bought the phone from." Protection From Public Records
Here is my website : reverse phone lookup cell