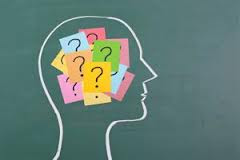 Memory is not allowing a subject which has been experienced to escape [from the mind].

Memory, then, is the retention of experiences in the mind. These are retained in a potential state, as impressions (saṃskāra). It is when these impressions are converted from their potential state into an active mental process that it is considered a citta-vṛitti (modification/activity of the mind). 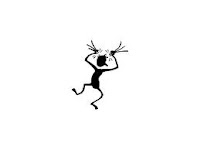 The process by which this activation takes place is complex and not fully explicable.  But to understand it, think back to the number times have you said in frustration - "Oh, his name is on the tip of my tongue ... I can see his face but I can't remember his name!"  That is the memory in the potential state. And when it suddenly 'comes back to you' (chamkaa!!) right then or maybe after a night's sleep, or a few days later, even after you've stopped trying consciously to remember - that is when it has  become an active 'memory', a citta-vṛitti.

Yogis believe that perseverance and balanced emotion can help sharpen this process - i.e. improve your smṛitḥ, your memory. They also believe that the more good saṃskāra you have, the better a person you will be.
Posted by Rohini Bakshi at 9:39 am

Rohini -
I have just stopped by to pay my respects to your effort, and to lend a cheer to your making this an ongoing process until you have lead us through the entire wondrous maze -
You are doing a great good thing here.
I feel it is of importance to remind ourselves of what we have been reminded of by the great voices of antiquity - that a little bit counts - a single sutra, a mantra uttered with devotion, it all is registered by the inner ear of the divine within - our prayer is heard - our joy is felt - our gratitude is measured, weighed, and lovingly received, so it is that I say a cheering "Huzza!" to you. Your mind-set is right. Your intentions are noble. Believe in your project. I do.
Wayne. Thank you.