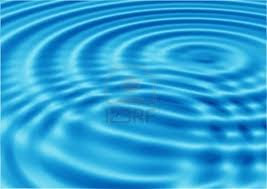 The next lot of sūtras will tell us how to bring about nirodha (stoppage, blockage) of the citta-vṛittis. But before we proceed, it's important to review what we've read so far. We've learned that there are five types of citta-vṛittis, which can be painful, pleasant, or neither - just neutral. The fundamental definition of yoga is to suppress these vṛittis, so that the spiritual element (puruṣa) which is trapped in our body constituted of the material principle (prakṛiti), can come back into it's own true self (svaroopa).

I've had some queries on what exactly a vṛitti is, since it is defined differently in dictionaries, so here goes: vṛitti is a feminine noun formed from √vṛt (वृत्)  and the primary (क्विप् ) suffix ति। √vṛt  means to move, to turn, to advance, to occur; and vṛitti in spoken Sanskrit normally means conduct, profession, livelihood. But as a technical yogic term, it comes to mean something akin to 'activity'. Let's see what different commentators call it in conjunction with the citta:

So you can see right away that although the basic idea is the same, the choice of how to render it into English varies.  To reiterate a constant theme of this blog, and at the risk of sounding like a broken record - you can read several translations and keep triangulating - or you could just learn Sanskrit and relate to the Sūtra yourself!!

Coming next: how to bring about  nirodha - stoppage/suppression/blockage of these vṛittis. (nirodha from ni+√rudh [7U])

Posted by Rohini Bakshi at 3:16 am